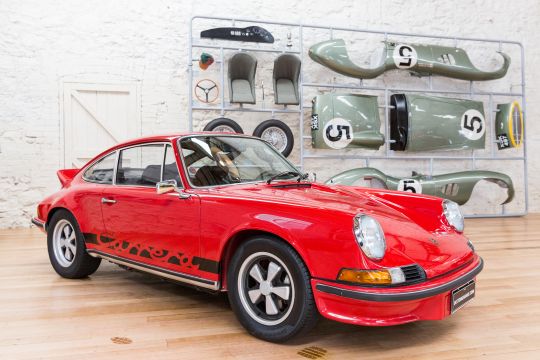 This iconic Carrera RS was one of the first series of 500 homologation cars produced, of 1,580 in total.
Chassis no. 197 was delivered new in West Germany to a collector first owner. In 1977 it went to the UK, before going to Japan in the early 80's.
In 2006 the car was sold to the US, and then came to Australia in 2008.
Since being in Australia the car has led a life of quiet retirement, not seeing much use apart from undergoing regular maintenance.
Built as an M472 Touring specification in original Bahia red, the car presents in original unrestored condition, exhibiting honest patina as a result of its age and use. It is fitted with the factory options of Recaro seats and Limited Slip Differential.
The highly regarded status of the Carrera RS is beyond question, let alone a first series car.
Large photo file available on request.