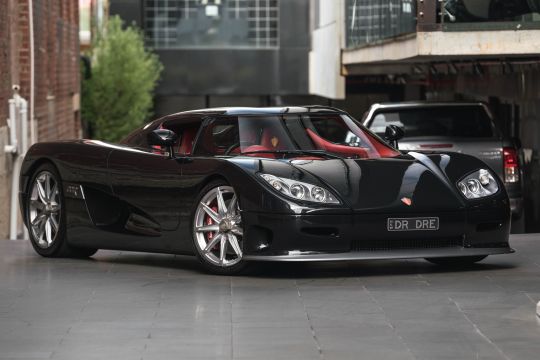 We are proud to offer this stunning and very rare Koenigsegg CCR Coupe with only 600 km since new.

Compared to the CC8S, the CCR featured an upgraded body design, a larger front splitter, rear wing, larger brakes, new enlarged tyres and wheels plus upgraded chassis and suspension. The CCR also had a more powerful engine with twin compressors, producing an astonishing 806 hp. All in all, the CCR had a more racing car-like stance and appearance compared to the more elegant CC8S.

The CCR took the Guinness World record for the world's fastest production car at the Nardo test track in Italy, in February 2005. The CCR reached 388 km/h, beating the 8 year old record set by the inspirational McLaren F1.

The CCR went on to set records at the Nürburgring and at various other tracks.

The CCR still has performance that can match or beat many of the latest hypercars. It truly was a car before its time.

This is the ONLY Factory built RHD CCR in the world and there is ONLY 9 cars left from the original build of 14 cars, this is a very special Koenigsegg.

For further information on this car, please do not hesitate to contact us.