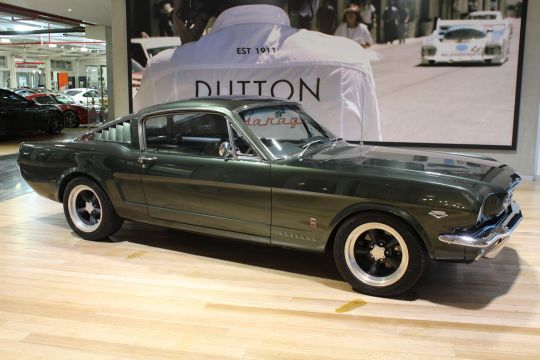 This stunning 1966 Ford Mustang GT Fastback has been modified and restored to its original condition, including the color Ivy Green with Black Rosette interior.
The engine is the original 289 that was balanced and blueprinted to factory 271 HP specifications. All major components, engine, transmission, drivetrain and front end are all original and unchanged, and the car has been upgraded to include four wheel disc brakes and air conditioning. This Mustang was an original Californian car and was built in the California Plant on July 1, 1966 with the production # 225553. The car was sold in 2006 and was imported to Melbourne, Australia and has been professionally converted to RH Drive.
The car is absolutely stunning and must be seen. Large receipt file of work carried out in Australia.
Large photo file available on request.