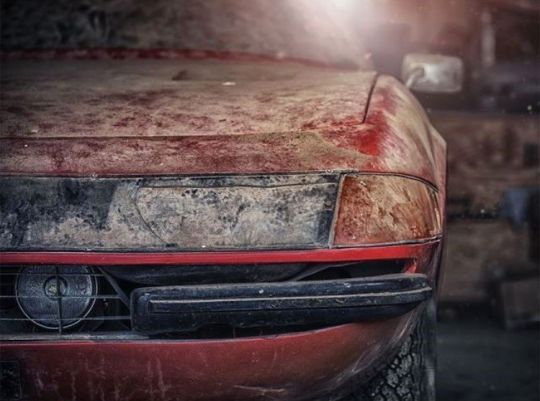 This car was discovered in Japan as a complete 'barn-find' after being hidden for nearly 40 years.

Chassis no. 12653 is approximately the 30th car in the Daytona numbering sequence, wearing Scaglietti body no. 32. Other than chassis number 12547 (which was comissioned by Luigi Chinetti to run the 24 Hours of Le Mans), this car was the only standard-specification Daytona that clothed for alloy coachwork. Completed in June 1969, this Daytona was equipped with desirable Plexiglas headlamps and power windows, in addition to its tailor-made aluminium coachwork, and finished in Rosso Chiaro (20-R-190) over a Nero (VM 8500) leather interior. In September, the car was distributed for retail to the Bologna dealer Motor S.p.A. di Carla Allegretti, from whom it was purchased later that month by Luciano Conti, the founder and publisher of Autosprint magazine. Mr Conti’s company sold the Ferrari in September 1970 to Guido Maran of Verona, who in turn re-sold the car a month later to Carlo Ferruzzi of Ravenna.