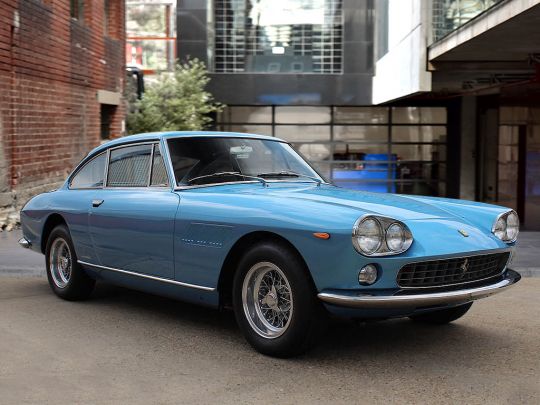 The Ferrari 330 GT was a new body style by Pininfarina, commonly known as a Series 1 model which had a total production run of just 625 cars. The car features a distinctive four headlight design which didn’t feature on the ‘Series II’ model. The fantastic Gioacchino Colombo designed 300bhp engine was fitted to all series 1 cars, adorned with triple Weber 40DCZ/6 carburettors and a manual gearbox. This combination took the vehicle from 0-60mph in just 6.3 seconds. Clearly one of the fastest cars of the early/mid sixties era, the Series 1 model had without doubt very few rivals.

For more information please send us an enquiry.