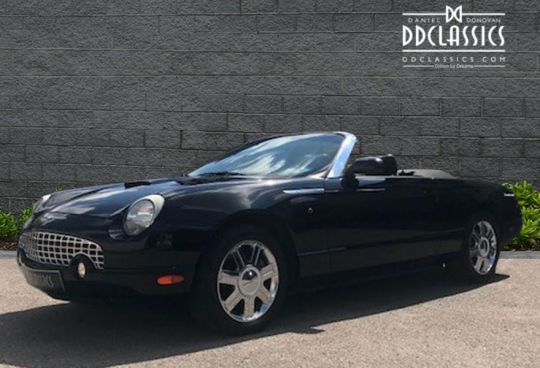 The Ford Thunderbird is an American automotive icon first introduced in 1955. During the early 1950’s, military men were returning from fighting in World War II. In Europe, the style of vehicle was very different from the Detroit American car. The graceful but sporty MG, Triumphs, and Jaguar’s, to name a few, had found their way into the hearts of many of these serviceman. The American automobile manufacturers noticed this trend and felt there was a strong market to support a small sportscar.

“The 50th Anniversary Limited Edition Thunderbird builds upon the car’s rich heritage – which began with the classic, two-seater 1955 model,” said Steve Lyons, president of Ford Division. ‘This special edition adds to the emotional attachment that America has wîth Thunderbird, an attachment that has been 50 years in the making.’