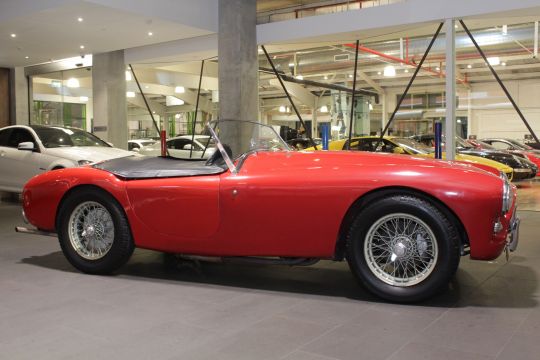 This extremely rare classic 1960 AC Bristol was sold new in the U.K. In 1962, the car was sold to the second owner who was an AC Bristol enthusiast from South Africa and then exported it there.
The car was owned 51 years by the second owner. In that time he had the car repainted in red from its original colour blue. The second owner later migrated to Tasmania, Australia from South Africa and imported his AC Bristol with him. In late 2012, the car was purchased by a well-known Australian car collector in Tasmania who was the third owner from new. The car is in extremely original condition which would suit the true AC-Bristol enthusiast/collector.